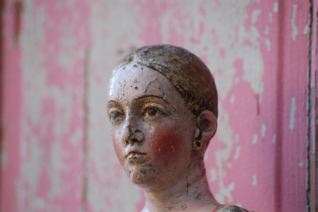 Here’s something I wrote for Creative Madness Mama. At first I felt like I had no idea what to say, but I started anyway and before I knew it, words flowed out. That’s the way it is with writing prompts, why I like them, why writers who feel stuck should practice with them………
I wish I were creatively mad. Perhaps then I wouldn’t worry so. But when I think about it, creative madness does have me. Why write about a family in the early 18th century and become so engaged with them that you take the story backwards instead of forwards to write about the grandmother? Why take the story backwards instead of forwards? Why spend your days imagining what a character might have said or how she/he would react? Why read biographies and social commentaries and memoirs and funny old almanacs and recipe books? People around me rise at 7 am, go off to work in a cubicle. I can stay at home in my pajamas and daydream about other centuries and people who aren’t real, or who were real but now are gone. That’s crazy, that’s madness. That’s creative……………..
The best part of creative madness is when I know I have the story. It’s when the characters become as real as someone I live with. To leap off the reams of biography and commentary about Louis XIV and know him when he was 22 and vulnerable and wanting to live up to an ideal was crazy and incredibly liberating. I became very fond of him in Before Versailles. I hope you become fond of him, too…….

Do you ever experience creative madness? 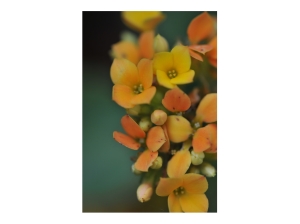 What I have learned after 4 novels: not to think about process when I write, to be as unselfconscious about writing as I can be because  that makes my writing more free and authenic and allows surprising things to happen. However, I do like to answer intelligent questions about process once I’ve finished. This is for the blog BooksIDoneRead. (I’m on a blog tour at the moment, which means I do guest posts for blogs that cover reading and/or historical fiction.)

1.)   Well-researched Historical Fiction, such as yours, is a treat to readers who love to time-travel to luscious landscapes, seeing through the eyes of historical personages such as Louis XIV. Why do you think Historical Fiction plays an important role in connecting readers with the past as well as helping them understand our world today?

Historical fiction is just more fun to read than history, unless the historican is a fine writer, such as David McCullough or Antonia Fraser (my favorite). Wise folk says we learn from our past….we can’t learn from our past if we don’t know it, and historical fiction is a way to get into an era. If you like the era, you can read the factual sources, memories, biographies, etc. The story behind the fact –date of the treaty, time of the assassination, who did it—always grabs our emotion. Fiction allows a play with that emotion, a play that, if the writer can write, pulls a reader in and gives them insight to what is too often dry factual information.

2.)   I first read Through a Glass Darkly because a friend compared it to Gone With the Wind: a sweeping historical epic that I was so in the mood for!  Before Versailles has the same ambitious and well-realized scope.  What books and authors have most influenced your flare for these epic novels?

I read Frank Yerby and Frank Slaughter, both historical novelists, as a child. I think they had a great deal to do with my innate gravitation toward historical fiction. I read a lot of Louisa May Alcott as a child, and she handles many characters and moral direction well. I love Winston Graham’s first six or so Poldark Saga books because of characterization. I love Daphne du Maurier’s Frenchman’s Creek and King’s General for the narrative voice. I love Georgette Heyer for the silly, fun little comedy of historical manners she wrote….small plots, small characters, but so well done and amusing. I adored Herman Wouk’s Winds of War. Now there was an epic.

3.)   The Sun King is a famous subject and many readers will have strong opinions about him as well as imaginative or academic ties to 1660’s France. As an author of fiction, what choices do you find the most difficult when it comes to balancing truth and fiction to appeal to a large audience?

The truth is I don’t worry about appeal. I think only in terms of story as I’m writing. Finding it is my quest. In other books, and likely in the ones to follow Before Versailles, I have always used actual historical characters as secondary characters in the plot. I like the freedom a non-actual hero/heroine gives me. So the trick with writing Before Versailles was to leap off all the research I’d done and knew, to move past the fear of making a mistake around an iconic historical figure, and make Louis XIV human. I think I succeeded. I know I did because I ended by having a crush on him and feeling like I knew him the way I know beloved friend……….

4.)   Not only does Before Versailles paint a vivid picture of one of history’s most renowned monarchs, it focuses on a crucial period in King Louis’ life—peppering it with intrigue and romance.  How did you get into the mind of the young Louis and what tactics did you use to help bring him so colourfully to life?

There are no tricks. I simply try to imagine what the character must be feeling. When I know that and trust my knowing of it, I have the character, so to speak. If Louis seems colorful and not factoid, it’s because I showed readers his emotion.

5.)   There are several wonderful characters in the novel: the boy in the iron mask, Cardinal Mazarin and Louis’ mother, to name a few. How did you select which characters to portray fully as you painted this portrait of a young king’s history?

To select accessory characters was diffcult because so much is known of Louis’s court, and the court was big. Mazarin and Queen Anne are key, however, to the man he became. My research and my own sense of character told me that. Now Mazarin is only a memory, Louis’s memory, in Before Versailles. But he has just died in the story, and he was very much a father figure and a mentor to young Louis, so his death would have been profound and Louis would have been thinking of him, measuring himself according to Mazarin’s standard. His mother was an intelligent woman who survived an awful marriage and young reign. She was clever, and she was loving to Louis. She was also powerful. All of this seemed natural to portray to help readers understand where Louis was coming from.

I found the idea of a young court, of so many of his friends around him, of how he would claim power among them, and his relationship with his brother, just intriguing and felt readers would also, once they understood the dynamics.

6.)   You’ve written extensive historicals with settings in France, England…even Virginia! Where, as a writer, do you feel most “at home”?

In a research book and in the pictures research creates in my mind. More at home in England and France, and more at home with later history, 1660 onward, because it’s not so lethal and cruel. More modern sensibilities are beginning to be formed. The cruelty of other eras, the lack of respect for life, is not my cup of tea………

7.)   You mention on your website that you prefer European history to American because American history is so “male.” If you could re-imagine one historical event in which a woman’s leadership might have led to a different outcome, which event would you choose?

Sounds like a great plot for a novel….and far too heady and intelligent for me…..what do you think? I think women who have children are less likely to support war, particularly if those children have no choice but to fight in them……but so much depends on the standards of the times.

8.)   You’ve written for magazines and specialty news periodicals. How does this background inform your research and the details and perspectives included in your fiction?

Fiction and nonfiction are such different beasts. I did learn to organize lots of information writing nonfiction, organize and focus, and now that I think on it, that skill is probably why I can write big stories that sweep a reader along. But I cannot emphasize enough how different fiction and nonfiction are. Fiction is writing without the net. Nonfiction always has the net of the facts. Fiction is scarier and brings up all your inner demons as you write.

So here begins a series of craft and research blogs I’m doing for various sites to publicize the paperback of Before Versailles. At the end, I’ll point you to sites that have giveaways of the paperback…………… 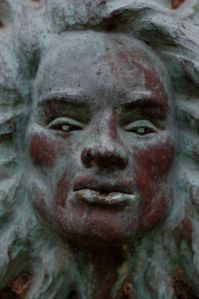 The man in the iron mask in an intriguing story in the history of France. The person who brought it to light was the famous French philosopher and historian Voltaire. Legend is that when the Bastille was stormed during the French Revolution, a skeleton still wearing its iron mask and remnants of the clothing of Louis XIV’s time was found in a dungeon. There is no proof the discovery was true, but the tale reverberated. It’s a good story and was used by famed writer Alexandre Dumas as a tiny piece of his long plot in his saga of three musketeers. Dumas made the prisoner Louis XIV‘s twin brother. Voltaire conjectured that the prisoner was Louis XIV’s real father, though some sources say the man was a brother. All sources say there was indeed a prisoner who had to be treated with great respect, of whom no record or name was written down, who wore, perhaps, a black silk mask because no one was allowed to see his face. In the museum of Langres there is a simple iron mask on display which is said to be the mask the famous, unknown prisoner wore. Was the man a spy, a valet, a nobody, a king’s brother, a lover of a queen? No one knows the truth, and much speculation is based on letters and gossip that can’t be proved. But it is what I call a “yummy” story, one that directly connects to the time of Louis XIV, and my feeling was, if Dumas can use it in his fiction, so can I. I was glad to have it; it moved the plot of Before Versailles in a way I hadn’t anticipated and helped me form the character of Louise de la Baume le Blanc, or as she is better known, Louise de la Valliere.

For more detail, read The Man Behind the Iron Mask by John Noone.
This blog written for Broken Teepee, and there’s a giveaway.
Sites with giveaways through September 14th: Tanzanite’s Shelf and Stuff, Eye on Romance, Bookaholic’s Romance Book Club, Books I Done Read, Burton Book Review, Laura’s Reviews. 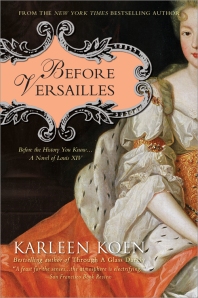 So the paperback of Before Versailles comes out September 4th. Here’s the new cover.

I’ll be doing a blog tour, and I’ll post those blog entries here for awhile. I’ve been asked great questions: what about the man in the iron mask, how do I research, is creativity wild, who was my favorite character…..it will give you a chance to look at historical novel blog sites, and give me a chance to explain more of my process.

I’m working on another book, which means Before Versailles, which was so real to me for so long, has become misty, like old memory. The people I knew as well as I know ones in my real life have receded, stepped back. They only live on the page. May they live for you……