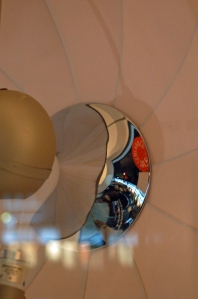 “Every action, every item she writes about is incorrect,” a not-fan has posted on Amazon. Now that’s not quite fair. A lot of Before Versailles is true. But then again, to be fair,  some of it isn’t. Some is conjecture; some is guess; some of it is just out and out made up.

As far as I know, the boy in the iron mask wasn’t there. But my theory is, if Alexandre Dumas can play with tantalizing historical whatsit, so can I. There was something, a man in a silk mask, perhaps an iron mask. But no one knows who he was or why he was imprisioned. Voltaire conjectured that he was Louis XIV‘s real father. And the Mazarinades are absolutely true, word for word…..however…..I don’t know if they were secretly recopied and delivered to Louis in 1661. But it made for some great intrigue and gave me a wonderful way to explain his complex and treacherous past. And as for Louis’s real father….well, Voltaire–the literary light of the 18th century– thought there might be someone else other than Louis XIII, and there’s a contemporary scholar who has brought some proof forward that it’s possible Mazarin was in Paris at the right time. And the queen and king were estranged, not for a little bit, but for years. Years. And she committed treason the year of Louis’s conception. And the king was quite ill and preferred

his own sex………so, forgive me if I put two and two together and get a number that could be four. And maybe the viscount and the lovely Princess de Monaco didn’t become lovers, but in my story world they couldn’t keep their hands off each other.  And I did make up the names of the pets and am most proud of Odalisque. O.K. I guess I just have to plead guilty. It’s true. I write fiction.