Just saw a movie in which a 57 year old man comtemplates starting over with a much younger woman who has a four-year-old. Ironically enough, he abandoned his own child years before. The older man/younger woman reminds me of a friend, male, of course, who started over at 50-something. Grown children, sons and daughters. Married a much younger woman. At 60, he became a father again, delighted, brimming over with grandfather energy, only toward a son, not a grandson. Meanwhile, the grown children are distant, far away; he was too busy carving out a career to be close to them when they were growing up. His then wife kept the homefront. He got to do it all again, with a kinder heart.

It makes me mad. As a woman, I can’t start over, not without the kind of surgeries and invasive procedures I’d rather not do. I can’t make a new immediate family through my body. I think about the grown children of men who begin young families again and wonder what they think. And what about the ex-wives, unusually in solid middle age when husband moves to someone younger. Now there are all kinds of reasons marriages die; interest in sex goes, boredom sets in, people travel down separate paths mentally and emotionally. I understand that. I understand it isn’t necessarily the man’s fault.

I’m just jealous that my friend got another clean slate, family-wise, to do it over again, this time with heart. I don’t want a startover, but I’d love the option. Interesting nature didn’t provide it. 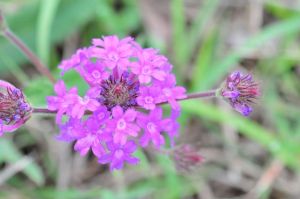 I sat Friday in the office of a funeral home looking at packages for cremation. It’s for Mom….not that anything’s happened, but we don’t have a thing in place for the time when she leaves us. Mom’s not sick….if you can call having Alzheimer’s not sick….and the funeral home was small and quiet and surprisingly comforting. As I discussed details with someone, tears came up. There was a momentary glimpse of that time when she will be no more and of the big gap it will leave in my life. I had glanced through a book on grief as I was waiting. With Alzheimer’s, the book said, you lose your role, your place, with the beloved person long before you lose the person. That moved some of my continuing upset into a more understandable place. A funny Mother story: she grabbed up the four placemats from the dining room table not long ago, went to the front door, and announced, I’m ready to go. Is she? And am I ready myself?

I haven’t a big backyard, and I have the privilege of a number of grand old trees who were here before me, so when I walk outside and look up, I can only see some sky….but how that glimpse heartens me. I have to stand in the middle of the yard to see enough blue to make my internal blues lessen. Somehow I can breathe deeper. Bands of fear or anxiety that sometimes tighten around my heart let go their grip. I love the city, New York City, for example, but I miss Houston’s sky, miss the horizon that is so much closer, not blocked off. I guess one can stand just about anything if only there is some sky.

It was a blue moon New Year’s Eve. There was a second full moon at the tail end of December, giving us a big, glowing orb in the sky to welcome in 2010. It was hidden

by dark clouds in the early part of the night. Then they parted to show its full shape. I liked that. Mysterious, I thought. Most years, there are 12 full moons. Once in a while, once in a blue moon, there are 13. Why is this moon called blue? I can’t find out. Farming, which once upon a time was the work of everyone, was once linked to the moon and its cycles, just as it was linked to the wind and the rain and the sun and the earth from which the bounty sprouted. The ecclesiastical calendar is linked to the moon. A blue moon makes me think of crop circles and Stonehenge, of people looking up at the sky, worrying about it, assessing it, needing its kindness to survive. It makes me think of other times when we knew so much less, when myth and legend and folk stories were close and real. Once in a blue moon has come to mean every once in a while. Not predictable. In our day of cell phones and google earth and skype, what’s not predictable, what’s not run to ground and found and photographed? Who can escape? Who can hide? What are the mysteries?

I need mystery. Do you?