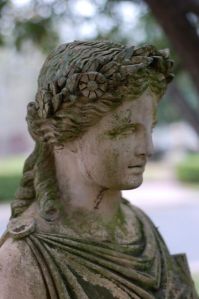 Once, long ago, someone called me to tell me he’d written what he called a “picaresque” novel. I didn’t know what that meant so I had to look it up in the dictionary. It means episodic adventures described in realistic detail of an engaging, usually roguish character. Don Quixote is an example. Inman in Cold Mountain is another. The reason I bring this up is I just read the proof (a book before it’s published) of another kind of adventure, a young woman who is pregnant and isn’t married and doesn’t know what to do.

Her adventures are as engaging as Don Quixote or Inman’s, but they involve the attempts to find some security for herself and her child and the attempt to wrap her mind around the fact that there will be a child. Where is the term, like picaresque, for this kind of adventure? It’s been happening to women since forever, and it’s real and honest and desperate. I think of Ada and Ruby in Cold Mountain. They didn’t roam toward home like Inman. They were home, and they used every ounce of their intelligence and spunk just to survive, to make home real, a place of safety and sustenance.

Anyway, I feel irritated that there is this term that describes a guy’s adventures, adventures a woman couldn’t go easily on because she’d be beaten or raped (in the old days, anyway, though maybe that applies now), and here’s this whole other adventure, involving a new life, and there’s no literary term, and yet it’s a common, constant drama whose details we see played out in media stories about real people.